Not enough stock.
Your item was not added to your cart.

Rooh Afza is based on Tibb-i-Unani form formulation which contains: Refined sugar, Aqua fruits, Aqua keora, Aqua rose, Aqua flowers, Color FD&C. (Red 40) and preservatives.
Rooh Afza has been referred to as ‘The Original Red Drink’. Rooh Afza's cooling effect is long lasting for it not only instantly quenches the thirst but also rapidly cools the entire system and gives back the body the vigor, vitality and freshness depleted by excessive heat. In addition to its popularity as a drink mixed in water, Rooh Afza is also a strong favorite mixed in milk, fresh lime or yoghurt, plus it has a plethora of other uses, such as being the vital ingredient in home-made ice cream, sorbet, slush, smoothies, sundaes and many other sweet and savory dishes.
It is a syrup-like concentrate which is mixed with water (or whatever the user wishes) to make a sweet drink. But nothing in that bare description can hope to convey just how well it lives up to its name. Perhaps the closest anyone could come to putting it into words was that journalist of the ‘Saveur’ magazine of USA a renowned authority on food and drink – who, in 2007, not only listed it among the top ten brands of the world in its list of 100, but called it an ‘heavenly elixir’! Millions of diehard fans couldn’t agree more.
The fact that despite all this ‘flattery’, Rooh Afza stands alone is borne out by the fact that it has been receiving the Best Export Trophy for 22 consecutive years from the Federation of Pakistan Chamber of Commerce and Industry (FPCCI). In addition, it has also won the Consumers’ Choice Award for 10 consecutive years from the Consumer Association of Pakistan (CAP) since 2005, as well as the Brands of the Year Award 10 years running since 2006-2007 and the Brands Icon of Pakistan Award in 2008 and 2010.
In addition, Rooh Afza has received “Halal Certificate” and also received certificate from Pakistan Standard & Quality Control Authority (PSQCA) for its best and consistent quality. Rooh Afza has been enjoyed by successive generations for over 100 years and is still growing worldwide. 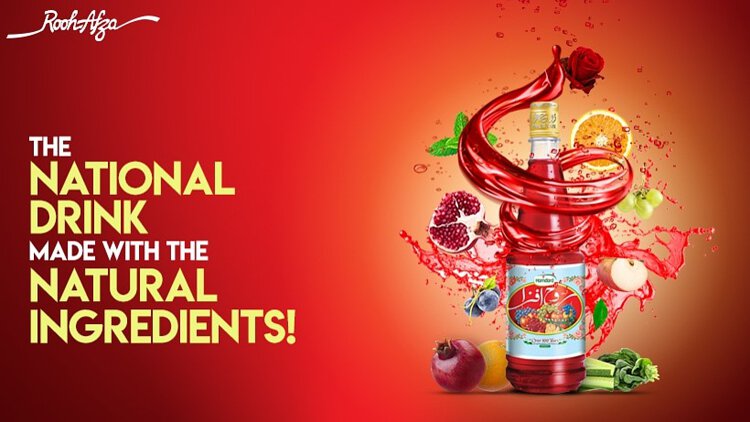